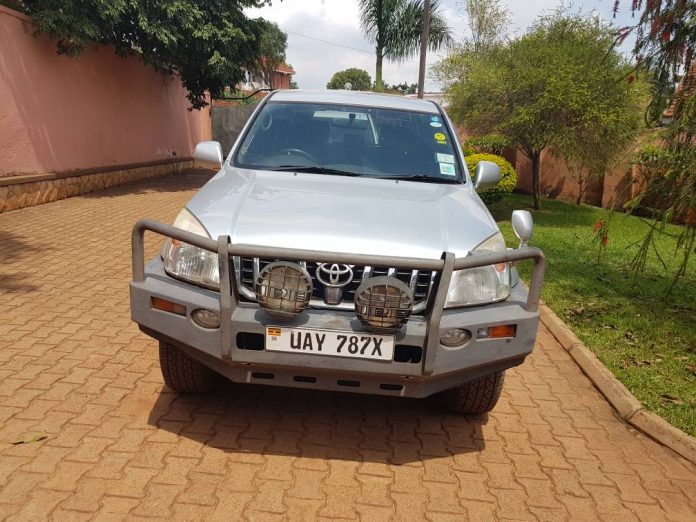 Africa is among the Continents of the world with several touristic destinations to go for wildlife & primate safaris, cultural and adventure tours.

This continent is divided in East, West, North, South and Central Africa but East Africa is the most gifted with several beautiful destinations to visit for your lifetime safari, below is a list of top ten destinations visited in Africa for the year 2017.

Uganda was termed “The Pearl of Africa” because of its wide scope of attractions in stock; it is located in the Eastern part of the African Continent bordering Kenya in the East, South Sudan in the North, Democratic Republic of Congo in the West, Rwanda and Tanzania in the South.

When it comes to culture there are several cultural sites to visit in Uganda which include the Kasubi tombs, Uganda Martyr’s Shrines in Namugongo, Kabaka’s lake, craft shops plus some cultural tribes to visit and these are the Batwa people.

Uganda’s climate is favorable with both rainy and sunny season; both the tarmacked and marram roads are in good conditions favoring clear passage of the safari jeeps that are provided on escorted trips or self drive in Uganda.

Where to find wildlife in Uganda? Uganda is really gifted with wildlife which is situated in its top destinations to visit, research puts that most visitors to Uganda come with interest of seeing the shy endangered mountain gorillas which can only be found in Bwindi impenetrable National park and Mgahinga Forest National Park.

Interested in visiting the Batwa people for cultural experiences they are found in western Uganda in Bwindi Impenetrable National Park and Mgahinga Gorilla National Park.

Kenya is known to be reach in wildlife, it is also located in the Eastern part of the African Continent bordering Somalia in the East, Uganda in the West, Tanzania in the South, and Ethiopia in the North.

Kenya’s Wildlife includes the African Big Fives (African Elephant, African Leopard, African Lion, African Buffalo and the Rhinoceros, to add on these animals are called the African Big Fives because they were very difficult to hunt by hunters and very dangerous to human beings), Wildebeest which are the major Kenya tourists’ interest, Giraffe, Zebras, Hippos and different bird species which are recorded sightable.

Kenya is a good destination to visit with a stable economy security wise and favorable climate which favors travelers; roads heading to the strategic destinations to visit are in good conditions favoring proper hauling of the Safari Jeeps. Masai people are one of the Cultural tribes to visit while in Kenya for your cultural experience.

What to see in Kenya

Most of the Visitors or travelers to Kenya come with the interest of sighting the mostly known Wildebeests, these popular animals are sighted clearly in Masai Mara National park when crossing to Serengeti national Park in Tanzania in search of what to eat, they are usually in large numbers of a thousands, they mate on the way and young ones are produced.

Not only Wildebeest migration but Maasai Mara is reach in Wildlife and while there you are able to sight the African Big Fives feeding which include the Elephants, Lions, Leopards, Buffaloes and Rhinoceros.

What makes Uganda to be unique than Kenya are the shy endangered Mountain Gorillas which are not residents in Kenya.

This is also commonly for its wide range of Wildlife primates and species in its diversity, when compared with Kenya and Uganda its bigger than them and it’s also located in the Eastern part of the African Continent bordering Uganda and Kenya in the North, Democratic Republic of Congo in the West, Rwanda, Burundi and Democratic Republic of Congo in the North west, Indian ocean in the East, Malawi, Zambia and Mozambique in the South.

What to see in Tanzania

While in Tanzania visit Serengeti National Park for its Wildlife, most Visitors to Serengeti go with the interest of sighting the crossing Wildebeest which usually cross from Tanzania to Kenya and back in search of pasture for eating while some Females are searching for Males to mate.

Other Wildlife in Serengeti include the African Big fives (Elephants, Leopards, Lions, Buffaloes and the Rhinoceros) and the rare Tree Climbing Lions, these tree climbing lions are of two populations in Africa with one found in Queen Elizabeth National Park in Uganda and the other found in Lake Manyara National Park Tanzania.

Rwanda is one of the popularly known destinations to visit in Africa for Wildlife Safaris, Cultural tours and adventure tours, it’s located in the Eastern part of the African Continent bordering Uganda in the North, Tanzania in the East, Democratic Republic of Congo in the West, Burundi and Tanzania in the South.

Rwanda is another place to find the Batwa people in IbyI’wacu cultural village for Cultural experiences without forgetting the Kigali Genocide memorial.

Where to go in Rwanda

Botswana is located in the Southern part of the African Continent bordering Zambia in the North, Zimbabwe in the East, South Africa in the South and Namibia in the West.

Botswana is rated to be one of the best places to go for Wildlife Safaris in Africa because of its wide scope of primates and species recorded sightable in its diversity, Wildlife primates in Botswana include the African Big Fives (Elephants, Lions, Leopards, Buffaloes and Rhinoceros), different bird species and more. Below are some of the destinations to go while in Botswana for all this Wildlife Viewing.

South Africa is a good place to visit for adventure and is located in the deeper southern part of the African Continent bordering Botswana in the North, Mozambique in the East, surrounded by the Pacific Ocean in the south and Namibia in the North West.

South Africa is rewarded with a lot of Wildlife which include the African Big Fives you can sight and do not think of visiting other places for Wildlife.

Below are some of the best places to visit in South Africa for Wildlife Primates and Species plus adventure sites.

This is one of the biggest countries in Africa also popularly known for both the shy endangered Mountain Gorillas and Lowland Gorillas; it is located in the Central part of the African Continent bordering Uganda, Rwanda, Burundi and Tanzania in the East, Central African Republic in the North, Zambia and Angola in the South and Congo Brazerville in the West.

This popular destination to visit is commonly known for the Gorillas although even Chimpanzees are residents in Tongo forest plus Okapis in Okapi National park.

The other mostly wanted attraction in Democratic Republic of Congo is the Nyiragongo Volcanoes in the Virunga Massif which is usually hiked in two days. You can better reach Congo when you land in Rwanda at Kigali airport and cross Goma border.

What to see while in DR Congo

Nyiragongo Volcanoes is another place to go which takes two days to hike and descend back from the top of the Volcanoes, the starting point is in Kibati and day one is for hiking from Kibati Starting point up to the top with a guide to lead you through the Journey, always the Journey is started in the Morning at 10:00am and you will reach at the top in evening.

You will have to spend a night at the top in the reserved accommodation to sight the night view of the burning Lava. 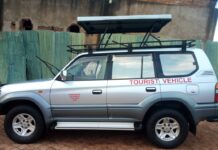 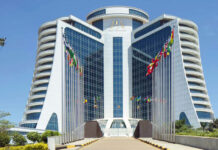 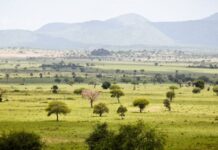