Since both Volcanoes and Virunga National Parks lie under the same conservation area (Virunga massif), it will be very easy for the travelers to trek mountain gorillas in both Parks for an extra-ordinary experience in gorilla safaris, as both Parks have different habituated gorilla families which a traveler will interact with during the his/her gorilla expeditions in both Parks.

A traveler can start his/her trekking expeditions in Rwanda, thus once you arrive at Kigali International Airport, Rwanda’s international airport, you will either spend the night in one of Kigali’s good hotels or your driver-guide will drive you directly to your booked accommodation in Volcanoes National Park, depending on the time you will have arrived in Kigali, Rwanda.

Your chosen tour agency such as Eco Tours Rwanda or Eco Tours Congo that will do all the necessities for your entire safari including; booking of your accommodation in the Park, airport pick-up, hiring you a good 4×4 vehicle of your choice, and buying for you a visa and a gorilla permit. For the proper planning of your safari and for it to be an exceptional one, you are highly emphasized to book in advance, at least three months ahead of your safari.

A gorilla trekking permit in Rwanda costs US$ 1500 of which the permit will be purchased by your tour agency on your behalf and it will be handed over to you when you have arrived in Rwanda and cleared all the fees for your entire safari. However, in order to secure your safari with the agency, you will be asked to pay at least a 30% deposit such that the tour agency will start planning for your safari thoroughly well without hopes of you cancelling the safari.

Also, if you are having a conference and seminar in Rwanda you can acquire a discounted gorilla permit of $ 1275 USD and then those traveling during low season from November to May and visiting 2 or 3 Rwanda parks you are entitled to get a more discounted permit of $ 1050 USD per person. Therefore, when booking your trip in Rwanda work hand in hand with reliable travel agencies available to advise on which permit to get during your travel time.

Volcanoes National Park is only a two and half hours’ drive from Kigali (Rwanda’s capital) and the Park comprises of more than 250 mountain gorillas and 11 habituated gorilla families. The 11 habituated gorilla families in Rwanda include; Karisimbi, Sabyinyo, Susa 1, Titus, Kwitonda, Umubano, Hirwa, Agashya, Amahoro, Ugenda, and Bwenge. Besides gorilla trekking, travelers to Volcanoes National Park will also get involved in many other activities such as; hiking Bisoke or Karismbi volcanoes, trekking of golden monkeys, visiting Dian Fossey tomb, birding, and game viewing.

A golden monkey trekking permit in Rwanda costs US$ 100, Karisimbi volcano hiking permit costs US$ 400 per person and US$ 300 per person in a group, well as Bisoke volcano hiking permit costs US$ 85, of which all these can be purchased for you by the agency. Dian Fossey was an American primatologist and conservationist known for undertaking an extensive study of mountain gorilla groups in Volcanoes National Park. Dian Fossey was murdered by unknown assailants and was buried in the Park due to her love she had for the gorillas.

After trekking the gorillas in Rwanda, you can then cross to the Democratic Republic of Congo through Gisenyi (Rwanda) to Goma (Democratic Republic of Congo). A distance from Gisenyi to Goma is about 7.8 kilometers, about 22 minutes’ drive. However, take note that you should owe a Congo tourist visa in order for you to cross the border of DR Congo and this visa can be got for you by the agency if at all you contacted in advance, at least four months earlier before your safari. Other requirements to cross the border include; passport validity (6 months), yellow fever vaccination, and blank passport pages (1 page).

Gorilla trekking is at times a challenging activity but it is doable and the experience it offers is of a lifetime. A gorilla permit in DR Congo costs US$ 400 and more interesting with gorilla safaris in Congo is that travelers will be able to also trek the eastern lowland gorillas, if they want, which are inhabited in DR Congo’s Kahuzi-Biega National Park which is also found in the eastern parts of the country.

Besides gorilla trekking in Virunga National Park, there are also many other activities that a traveler will opt for and some of them include; chimpanzee trekking, Nyiragongo volcano hike (permit costs US$ 300), and game viewing where you will get to view many other wildlife species resided in the Park such as buffaloes, and elephants, among others. 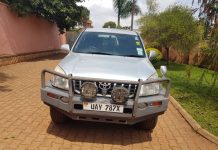