It was in September 2018 when I and my friends had a lifetime safari in Maasai Mara National Park.

We had struggled a lot to have this safari but since every time we were booking late, we had no chance to have it because the park receives a lot of visitors from various countries to enjoy its natural beauty and abundant wildlife and bird life.

However, this time around we had had booked earlier and I think we were one of the first bookers with one of the best tour agencies in East Africa known as Eco Tours Kenya but on arrival at the Jomo Kenyatta International Airport we met with other 10 groups of tourists going for wildlife safaris in Kenya with this company and then other 5 groups were finishing and heading to Uganda for gorilla trek.

In 2016 and 2017 we had missed this safari because of our un – seriousness of booking late but this time we had booked earlier in the end of 2017 yet our safari in the Park was to be there in September of 2018.

Since we booked earlier, unlike other times we didn’t get any inconvenience and disturbance especially when we had chosen to use a reliable and immediate agency (Eco Tours Kenya) which made our safari so magnificent and memorable.

The agency guided us on what can make our safari to be more joyous than we were expecting through telling us the things we should pack such as good cameras & reserved charged batteries for the cameras and many others.

After advising us on what we should pack for our safari to be fabulous, we then waited for the dates of departure from our homeland to Kenya but we had to first pay some deposit to in order to secure our safari with the agency.

In reaching Kenya, we paid all the balances at the airport and then we were given a vehicle we should use together with a driver.

The agency’s driver was so friendly to us and he could hear and speak good English thus we were able to communicate easily and before going to the Park, we first had some Nairobi city tours where we visited various areas in the city plus a sight to NAIROBI NATIONAL PARK which is situated within the city.

In Nairobi, we visited its museums, media houses, stadiums, Uhuru Park and many others where we enjoyed a variety of things from there.

After our city tours, we had to go for supper at our hotel (Kahale hotel Nairobi) where we were to spend the night.

In the following morning, our driver had arrived earlier to drive us to the park and on the way going to the Park we also enjoyed a lot of things on the way.

We spent 6 hours and thirty-four minutes on the way before reaching at the Park. Our tour agency had booked for us a good accommodation (Porin Lion Camp) where we were to stay in and base for all the activities that we were to do in the Park.

The camp has 6 luxury rooms which are self-contained and our stay in one of these rooms was really great because we felt comfortable from there and from the camp there is a restaurant serving both local and international dishes.

We preferred to have a taste of some Kenya local dishes, so we had a taste of Kenya dishes which were sweet though since we were not used to them, we had to also order for the food we knew best for the satisfaction.

In the next morning we had to organize ourselves and access the Park earlier and at the gates of the Park we paid US$ 80 per individual as the Park entrance fee.

Inside the Park we viewed and enjoyed the Park’s wildlife abundance and since we had traveled in September, we viewed a large number of wildlife since from July to October the Park receives many other wildlife species and in huge numbers.

By no doubt, the Park’s most ideal vantage point is Mara River because it is where a huge number of wildlife passes to access the Park and at the River, we viewed a very huge number of Wildebeests, Zebras, Thomson’s gazelles, Topis and Elands which migrate into the Park from the Park’s southern neighbor.

Every activity in the Park we were guided by friendly Park rangers who even told us that through this migration of wildlife into the Park, over 1.5 Wildebeests, half a million of Thomson’s gazelles and 200,000-plus Zebras are believed to have seen migrating into the Park together with large populations of Elands and Topis which we also saw when we were there.

We really viewed the River being filled with many Wildebeests, Zebras and Thomson’s gazelles though still at the River banks of the Mara River we saw the permanent residents in an excessive number.

The River’s permanent residents are Crocodiles and Hippos which are also kept there in a very large number thus our first day in the Park was made fabulous due to the very large number of animals we viewed and through the migration of Wildebeests and other animals, we also enjoyed the way these animals were swimming and struggling to access the Park in order to get good pastures which are in excess by that time.

We took a lot of photos from the Park’s Mara River for remembrance and to show this spectacular migration to our fellows who had not come with us for this safari.

Therefore, after viewing a variety of wildlife from there and taking photos, we had to go back to our camp for a bathe, supper and then for the overnight.

The following morning, we also woke up earlier to prepare ourselves. We first cleaned ourselves and then had a cup of tea each and after we went to the Park again for other activities.

After the excellent game viewing in the Park, we were allowed to back at our camp to have lunch and after our lunch we had to go back in the Park for other activities such as nature walks of which through the nature walks we viewed a large number of bird species in the Park including Vultures, Secretary birds and Horn bills plus many more.

After all the activities in the Park, we still went back to our camp and waited for the next day which we were to do the balloon safaris.

The balloon safaris were so joyous since they are even carried out near to the Porin Lion camp where we had camped in.

The balloon safaris are also guided by professional guides who have a great experience in the safaris thus giving us a comfortable and enjoyable safari.

The guides are both on the ground and also up as we were sailing in the balloon envelope which is strongly made from Nylon fabrics.

The pilot who were sailing us had a valid pilot permit which gave us more confidence thus enjoying the balloon safari and through the safari, we took a lot of things in the Park which we were viewing from up while sailing in the balloon envelope.

Our balloon safari lasted for almost an hour and after the safari we had to descend down for a breakfast which we had from the bush.

A lot of amazing activities in the Park and the good agency which provided us with an extended land cruiser with pop-up roof made our safari so memorable.

Therefore for the best of Maasai Mara safari you should opt for the Eco Tours Kenya to do all your bookings and I assure you that you will never get regrets from your safari tour if you use it because also us we got everything going on smoothly and more convenient than even we had thought of. 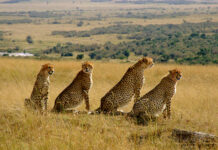 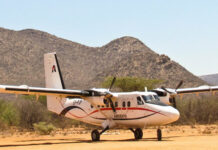 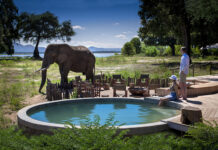