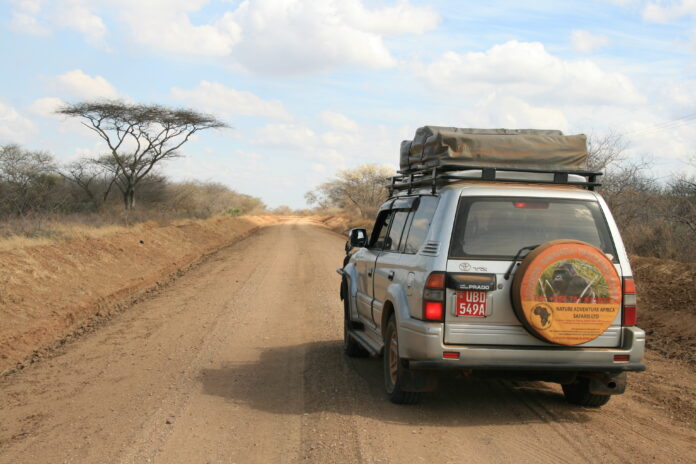 I and wife spent a month traveling around Uganda with a self-drive, 4×4 Car Hire Uganda company with a prepared 4×4 Land cruiser V8 and visited almost every national park in the country. Definitely the best 4×4 renting experience i have had in Uganda. I pressed my inquiry and 4×4 Car Hire Uganda offered the best option of a self-drive around the Victoria.

Uganda was a revelation. I had not expected such a richness of wildlife or such great concentration. Uganda has everything that her more famous neighbour Kenya and Tanzania does not have such once-in-a-lifetime sightings as gorillas unlike the chimpanzees.

Queen Elizabeth National Park and Murchison Falls are justifiably the country’s biggest draw cards but if you have time head for Kidepo Valley National Park in the far north, bordering Sudan.

I hesitate to make such a rash statement with so much of Africa offering so much incredible safari potential and with so much of it that I am still to visit but if I was pushed into a vote, I would say that Kidepo is probably the most stunning national park in all Africa.

Overall, as a safari destination, what Uganda may lack in herds of large game species roaming across giant landscapes, it more than makes up with its beautifully verdant and fertile scenery. It also has the privilege of having that particularly special star quality of the gorillas.

It’s geographically and climatically diverse: you can shiver through the snow fields of the Ruwenzori’s, more romantically known as the Mountains of the Moon, one day and drive across an arid semi-desert landscape in the northeast the next. It’s friendly, safe and ethnically diverse.

Uganda offers excellent chimpanzee tracking and a diversity of smaller primates abounds in Kibale Forest and Semliki Valley National parks. The country is also perhaps the finest birding destination in Africa, with more than 1000 species recorded in an area the size of Great Britain.

Certainly, there is no better place to see the rare swamp-dwelling shoe bill, along with dozens of rain forest specialists associated with the Congo Basin.

Uganda’s biggest draw card is mountain gorilla tracking. Seeing these rare creatures has been one of my best wildlife experiences ever. With Congo being unstable, Rwanda is the only other country where this is offered.

Aside from gorillas, the forests of Uganda are a good place for seeing a wide variety of primates including the chimpanzees. Many tourists pop over to Uganda for a quick gorilla visit after their Kenya or Tanzania safari, but Uganda is a worthwhile a Savannah safari destination in its own right.

Both Queen Elizabeth and Murchison Falls national parks offer good sightings of lions, elephants, buffalo and other Savannah wildlife. The quite recently established Ziwa Rhino Sanctuary to build up the Big Five and this place is a great place to see white rhino on foot. The game viewing might not quite be on a par with Kenya and Tanzania, but the stunning scenery makes up for that.

One of my highlights is the boat trip on the Nile to the base of Murchison Falls, where the water forces its way through the narrow gap in the Rift Valley escarpment. Tourist numbers are much lower and the industry doesn’t seem as mature as in its neighbouring countries, but if you can handle a few hiccups, that might be part of the adventure.

With more than 1,000 bird species, Uganda is a fantastic birding destination even non-birders will enjoy seeing specials like the rare Shoe bill. 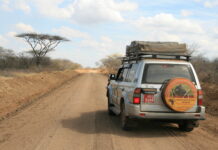 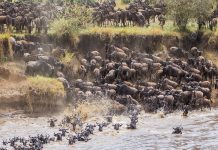